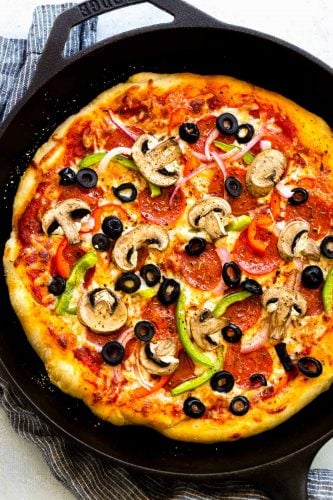 This Skillet Pizza is made supreme style, topped with a colorful mix of pepperoni, bell peppers, onions, mushrooms, and olives. The pizza dough is cooked in a hot cast-iron skillet to ensure a crispy crust. Grab a hot slice of cheesy homemade pie, it will disappear fast!

This easy skillet pizza will be your new favorite dinner time staple. The flavor rivals frozen versions, and you don’t have to worry about it arriving cold when you call for delivery. The best part is the toppings are cooks choice, but why not load it up with a variety of meat and vegetables for the ultimate slice. Looking for more tasty one-pan recipes? Then try Shrimp and Asparagus Skillet, Pan-Seared Scallops, or Sweet and Sour Shrimp. 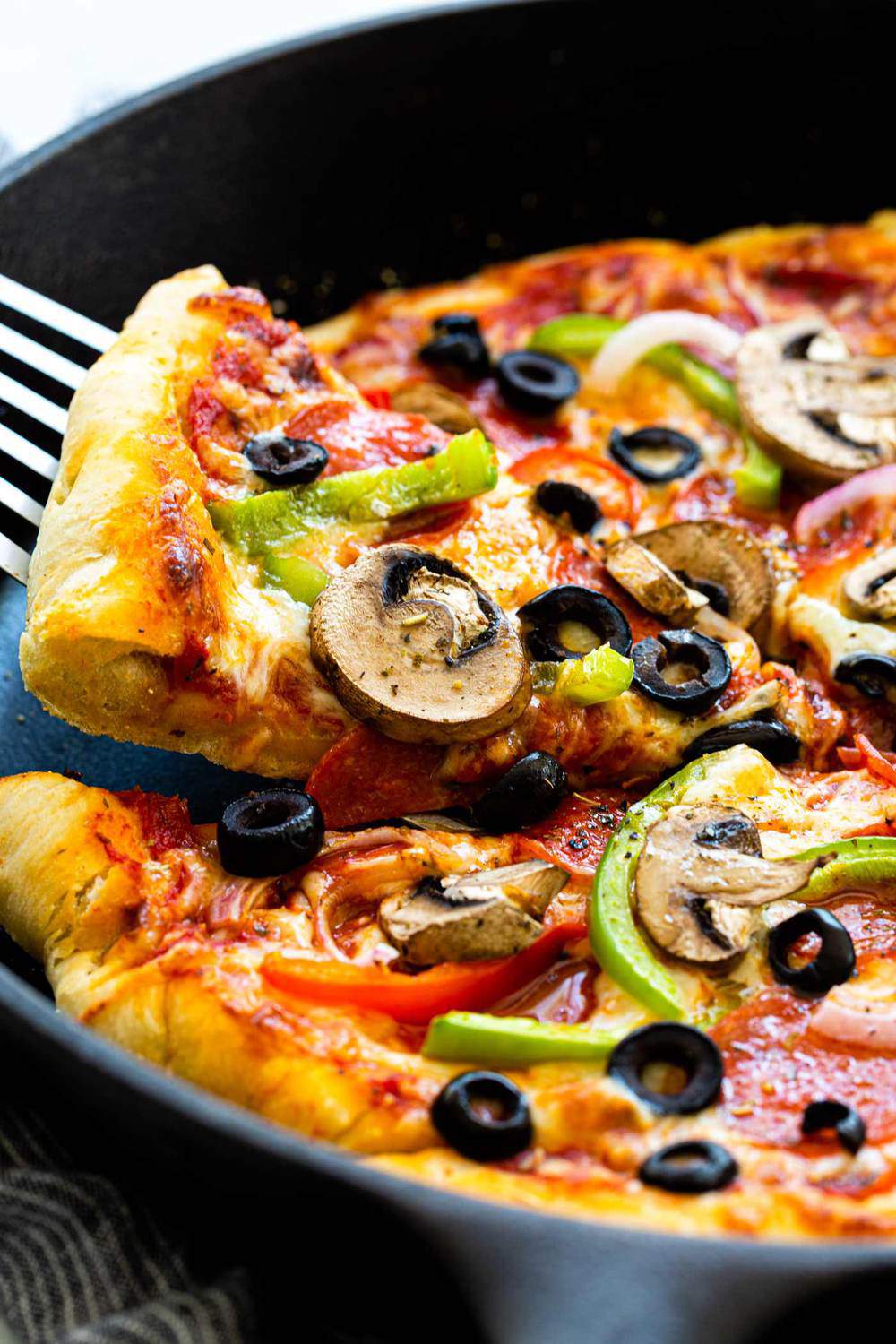 When a steamy hot pizza leaves the oven and hits the table, it’s something that is hard for most to resist. It’s worth the burning of fingertips for chewy and crispbread smothered in tomato sauce, melty cheese, and little bite sides toppings.

This recipe is a little different in that instead of using a pizza stone, an extremely hot cast iron pan is the vessel to deliver a delicious pie. It’s an easy method that once you practice a few times, will be your go-to whenever the craving hits.

How to make Skillet Pizza 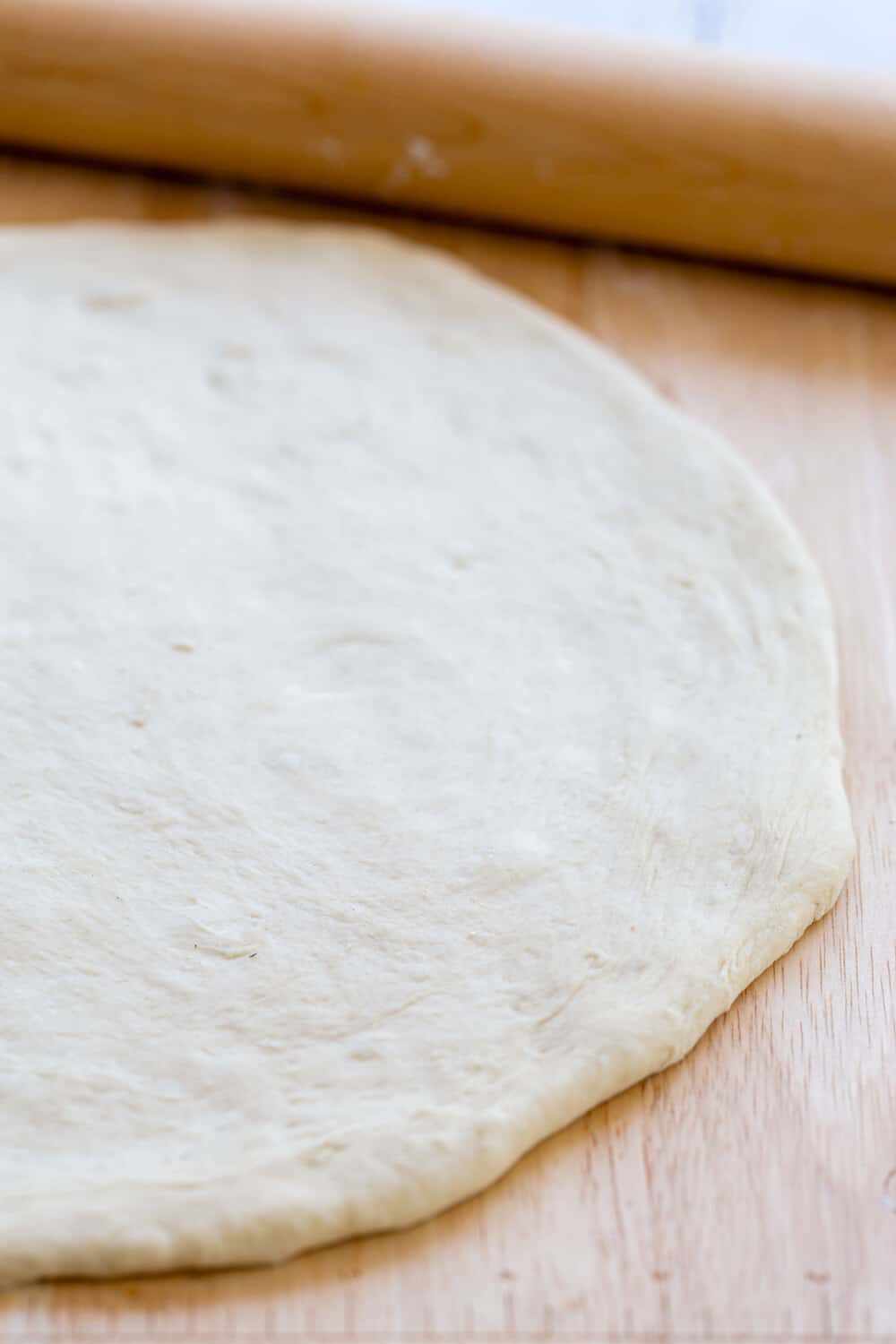 This recipe uses fresh store-bought pizza dough for a convenient and quick dinner. It’s brought to room temperature for 30 minutes before using so that it’s easier to work with. Roll it out on a floured surface so that it’s large enough to fit snugly in a 12-inch cast-iron skillet.

Homemade pizza dough or frozen can also be used. Make sure to keep an eye on the cooking time, especially if the crust is thin, you may also be able to skip the par-bake step.

A large cast-iron skillet is used because it holds heat incredibly well. The result is a super crispy crust and perfectly cooked toppings. I use a parbaking technique for a few minutes, similar to when I make a grilled pizza.

This step pre-cooks the dough before the wet ingredients are added to ensure the dough is cooked through. Once the toppings are added on, it’s just about 10 additional minutes until a freshly baked pizza is ready to enjoy! 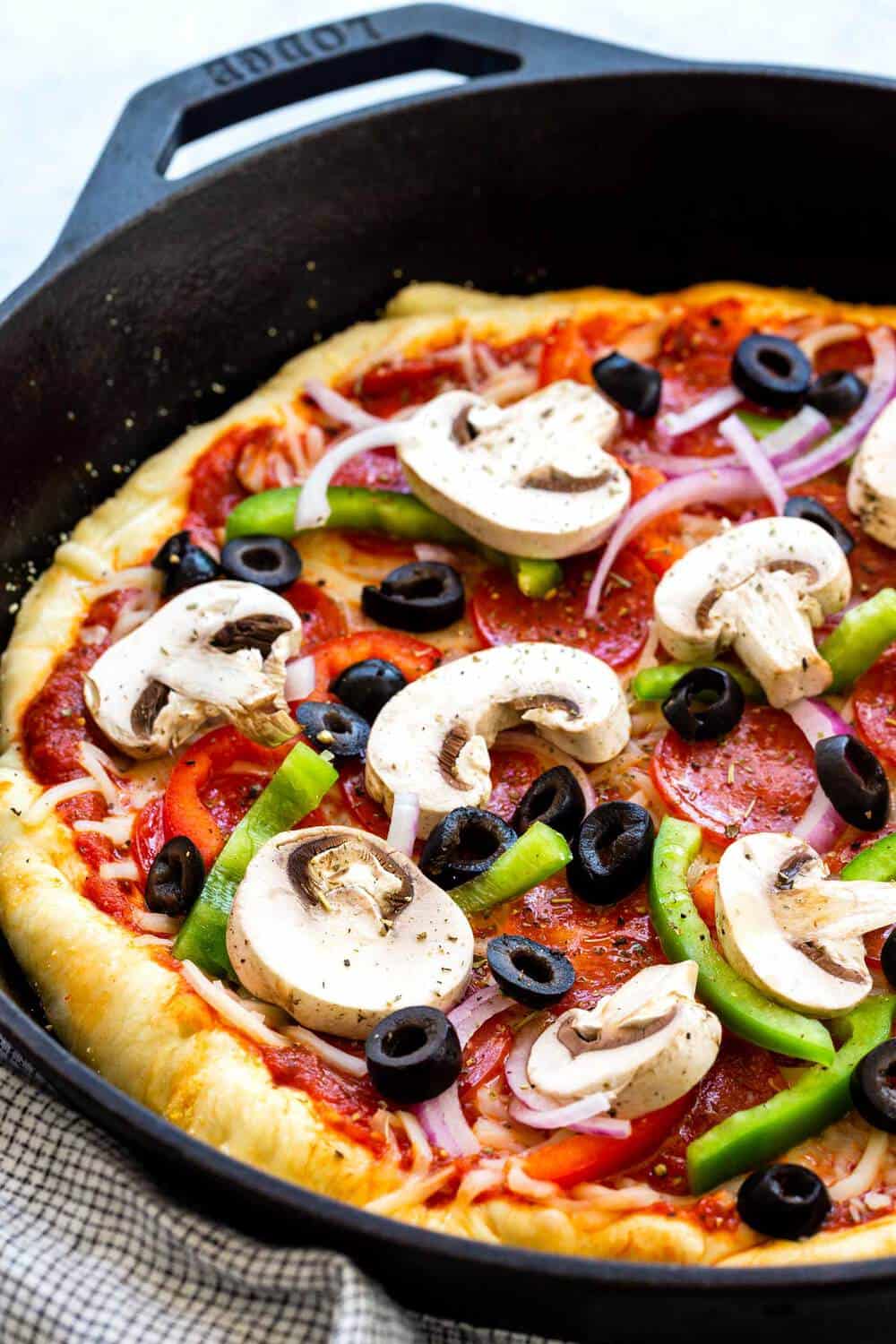 What toppings do you add for a supreme pizza?

It’s all about adding anything your heart desires! Use a premade pizza or tomato sauce, or make your own homemade marinara sauce. Shredded mozzarella cheese goes on next, followed by pepperoni. I like the smaller size so the flavor doesn’t overpower the other toppings and doesn’t get too greasy.

Often times crumbled sausage is also added if you want extra meat. Freshly sliced bell peppers, red onions, mushrooms, and olives add a nice colorful mix. If you are feeling a simpler pie, this Margherita pizza with tomatoes and fresh basil is a family favorite. 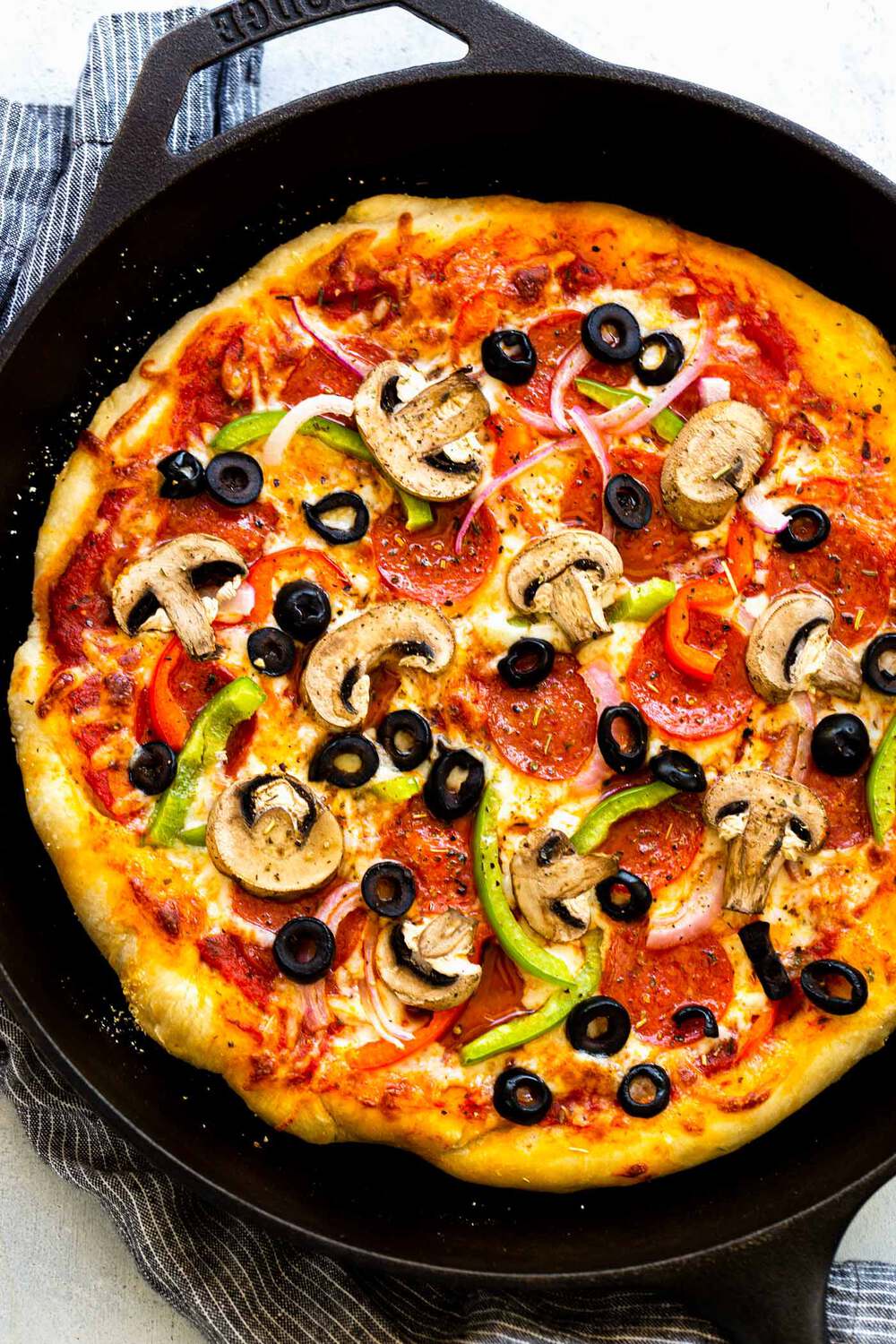 Looking for more skillet recipes? Try these ones! 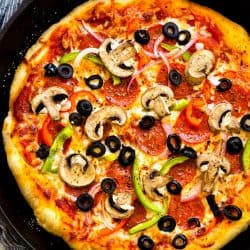 This Skillet Pizza is made supreme style, topped with a colorful mix of pepperoni, bell peppers, onions, mushrooms, and olives.